Our list with some of the best flashlight brands

After reviewing 454 flashlights, we made a list of some of the best brands we reviewed.

As always: read our full reviews before buying your next flashlight.

Not all flashlights are equal.

Jump to the following brands:

Formerly known as Supbeam. They changed their name to Acebeam in 2014.

They are known best for taking a few spots on the list of the brightest flashlights in the world. Acebeam produces great products, even beyond flashlights. Their accessories and batteries are also top performers. Some of the most well-known flashlights include the Acebeam X50, Acebeam X80, Acebeam X80GT, and Acebeam X70. Most of their flashlights are extremely powerful and very popular amongst flashlight collectors. At 1Lumen.com we have reviewed Acebeam's products extensively. If you want to know more about their quality and performance do a site search and read our in-depth reviews.

Acebeam flashlights are usually a little on the more expensive side of the spectrum. Price ranges between $30-$650 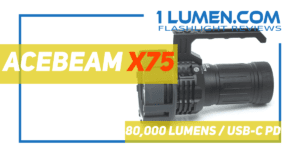 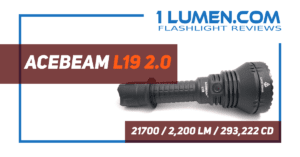 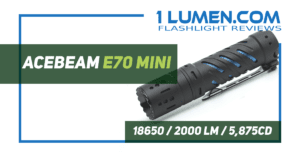 See review
See all of our Acebeam reviews

The official name for Armytek is actually Armytek Optoelectronic Inc. and was registered in Ontario, Canada.

From all the Armytek flashlights and headlamps we reviewed, we can definitely say their build quality is top-notch. One of the cons we noticed on their lights is the coating. It's matte and really helps with getting a firm grip, but they are also easy to scratch. If you're looking for headlamps or flashlights that will look new after a year of use.. this is not it.

At first, you'd probably have to get used to their uniquely designed UI's, but once you get used to them, they are actually pretty cool. Anyway, take a look at the latest 3 reviews we did: 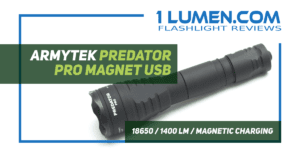 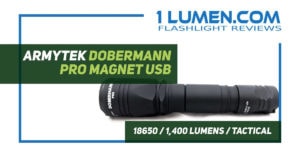 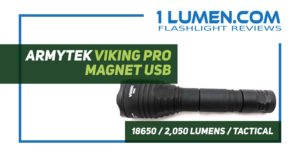 Astrolux is a Banggood brand. Starting off with low-cost flashlights but now they are becoming a bigger player in the market. Astrolux has produced numerous impressive flashlights, and many of them are in collaboration with the flashlight community. That's how they became so successful so quickly.

Although they are a well-established flashlight brand in the flashlight community, they aren't well known by the average joe. And that's a shame because they use the latest technology all the time. Check out a few of our Astrolux reviews: Astrolux FT03, Astrolux FT02s, Astrolux MF05.

Most of their flashlights range from anywhere between $10 - $500 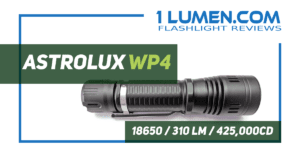 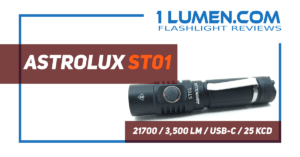 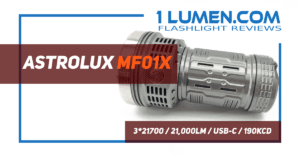 See review
See all of our Astrolux reviews

Convoy flashlights are very, very affordable. Often, they are referred to as the brand that gives you the most bang for the buck. Simon, the owner of Convoy has his own Convoy Aliexpress store that provides great quality flashlights for an affordable price.

For $10-$15, you can get a Convoy S2+ flashlight that is highly regarded in the flashlight community. Parts and accessories are widely available which makes this brand one of the most favorite brands for flashlight modders. Flashlight modders are people who upgrade their flashlights with their favorite driver, LED, or even tail switch lighted boot. Check out our Convoy 4x18A and Convoy L21A review for a good impression.

You can even get a small discount at his store if you are a BLF (budgetlightforum) member. So set up your BLF account and get your first discount. This brand is highly recommended!

Also, make sure you check out one of our 3 latest reviews: 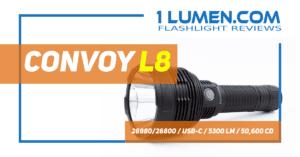 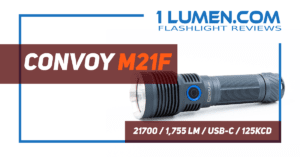 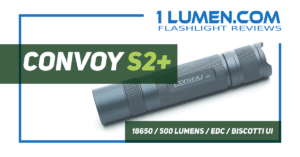 I put these 2 brands together because they are both owned by Hank Wang, owner of the Intl-outdoor shop. Hank is a Chinese-based flashlight manufacturer (and flashlight enthusiast) and solely focuses his efforts on building flashlights for the flashlight community. His flashlights are not mainstream.

Emisar and Noctigon flashlights are probably one of the few brands where you choose your favorite LED emitters, including color tint and additional accessories. Both brands are not well known outside the flashlight community. All his produced flashlights are at the top of the list of flashaholics. Hank is heavily involved in the latest and greatest flashlight technology including the latest available flashlight firmware. He collaborates a lot with the community at budgetlightforum.com. A few flashlights we reviewed are the 10.000-lumen Emisar D18 and extremely far thrower: Noctigon K1. Hank always tries to reach the maximum possible.

Emisar and Noctigon are affordable high-quality flashlights. They range from $35- $100. 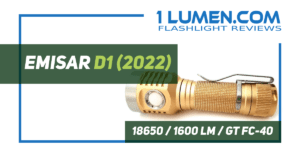 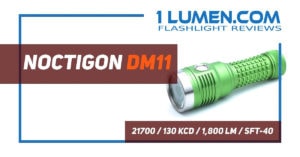 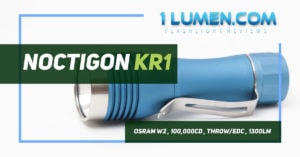 Fenix is a well-known brand even outside the flashlight community. Many stores in, and outside the US sell them. They are especially known for their tactical flashlight lineup. Extremely popular flashlights like the Fenix PD35 TAC have been sold by the thousands. Fenix not only produces flashlights but also a wide range of high-quality headlamps, bike lights, and even lanterns.

Most of their newly released products include a built-in charging system. This is great for people on the move. Simply charge your battery inside the flashlight using a simple USB cable. Plug it in your favorite USB charger and of you go. Even though Fenix is a large company, which is usually more difficult to adapt to the newest technology, they do however continually use new LED emitters and technology. 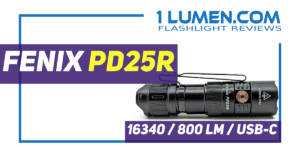 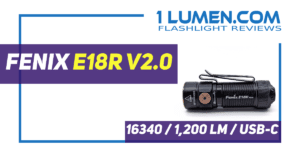 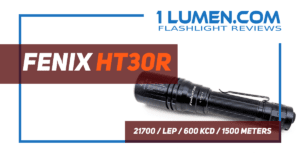 See review
See all of our Fenix reviews

Imalent may not be so popular outside the flashlight community either, but they produce state-of-the-art flashlights. Back in the day, Imalent was the first manufacturer using OLED displays build into their flashlights, like the Imalent SA04. During the years they have tried to outperform Acebeam and Lumintop.

Every time Acebeam announced their newest most powerful flashlight, Imalent quickly upped their lineup with something a little brighter. They were continuously fighting to have the brightest flashlight in the world. This lead to the first 100,000 lumens LED flashlight in the world, named the Imalent MS18. Unfortunately, this type of behavior resulted in some cases where the quality of their products was a heavy topic of discussion. When buying an Imalent flashlight, make sure you buy it from a respected source for warranty. Just to be on the safe side.

Their lineup is very impressive with a few of their flashlight being mentioned in the brightest LED flashlights of the world list. They produce flashlights, bike lights, and headlamps. Prices range from $30- $700 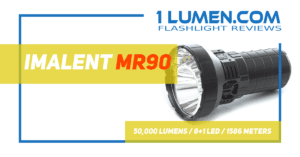 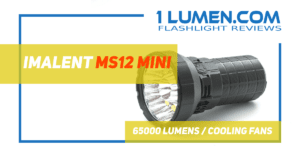 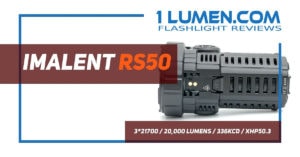 Lumintop's success is largely due to its collaboration with the flashlight community, especially at budgetlightforum. A few years ago, a group of BLF members designed a flashlight, named the Lumintop BLF GT, which became so immensely popular that ever since they kept building upon this success by adding different models. After the great success of the BLF GT, they added the BLF GT Mini, BLF GT70, GT90, GT94, GT94x just to name a few. All of them sold like candy.

Another extremely popular model is the Lumintop FW3A, which was also a collaboration with the flashlight community and this time mainly at Tashelampforum in Germany and BLF. Before mass production started, there were already a few thousand people interested in the light. Ever since they kept building upon that success as well with different versions of the FW3A, including different materials, different battery types, and different colored coatings.

Lumintop largely uses Anduril and NarsilM firmware, also on flashlights that don't really fit these types of UI. At least that's my opinion. So not all of their lights are great, but some are very, very popular. 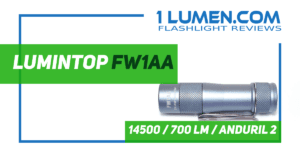 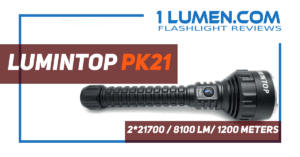 See review
See all of our Lumintop reviews

They have been on the market for quite some time now and are relatively good at keeping up with the latest LED technology. Because of their MAP policy, they aren't sold at shops like Banggood or Gearbest, where shoppers use discount coupons to buy their products.

For some people, there is 1 con; Olight makes use of proprietary batteries. Keep in mind that this is for safety, and providing the best performance possible. If you don't mind a proprietary battery and charging system, get an Olight. They are probably 1 of the most innovating flashlight manufacturers at the moment, with very interesting features like proximity sensors, wireless chargers etc. 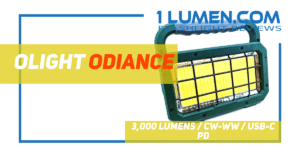 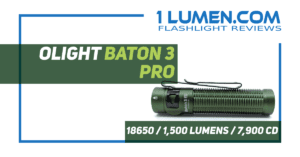 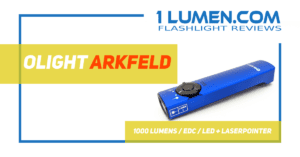 See review
See all of our Olight reviews

Have you ever heard of Sofirn? No? That's a shame because Sofirn is another low-budget flashlight manufacturer with great bang for the buck products.

Sofirn flashlights are mainly available in Chines stores like Banggood, Aliexpress, and eBay, but they also have their own Sofirnstore. This is typical for cheaper brands, and that is not always a bad thing. Again, I would research a bit before buying your new Sofirn flashlight because some models have some issues. And that's why you are at the right place, because we reviewed many of them.

Their flashlights use all kinds of battery types, including AAA, AA, and Lithium-ion batteries. They also have headlamps and COB work lights. Some of their flashlights are highly regarded in the community. 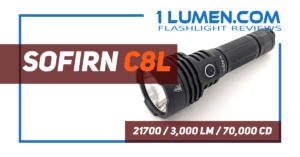 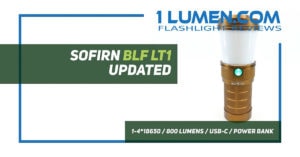 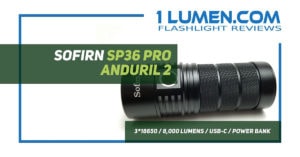 See review
See all of our Sofirn reviews

Interesting news will be reported here about well-known flashlight manufacturers and also about smaller exclusive builders.

What are the main differences between certain brands?

Please check out the following pages: