Will the MF05 be the next king of throw?

Searchlights used in rescue operations have mainly been Non-Led flashlights until recently. But since LED has gained so much popularity and technological improvements we now have entered an era with LED flashlights overtaking the traditional searchlights. Especially for daily use. They can run much longer on less battery. It's not ucommon to have a far reaching flashlight running for 1 hour with only 4 18650 batteries!

The newly, to be released Astrolux MF05 will have Luminus SBT-90 Gen2 LED, just like the current king of throw, the Acebeam K75.

Sources say that it is claimed to have 3.5km of throw. I don't really believe that to be honest, but we'll see. 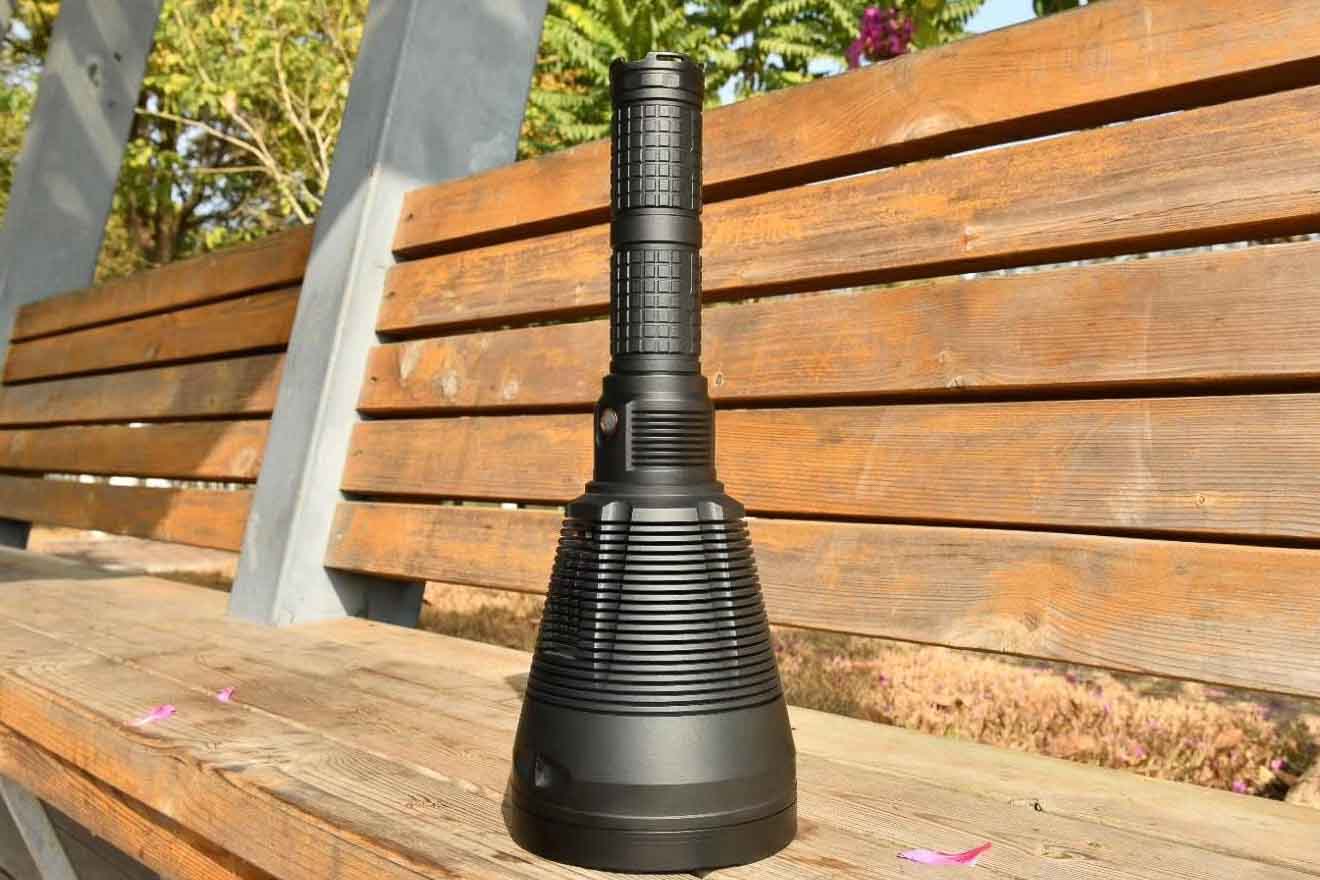 So far we know a few details from the Acebeam website: http://www.acebeam.com/k75

Going after its competitors

The whole long-range LED flashlights started a long time ago. But in 2016 Budgetlight forum member collaborated with Lumintop to make the first 1Mcd+ LED handheld flashlight.

The flashlight was released towards the end of 2017 and called the Lumintop BLF GT. A few months later Astrolux (banggood brand) entered the market with the Astrolux MF04, overtaking the BLF GT by a fair margin, at least according to my own tests and my own samples, but running off only 4 batteries instead of 8 in the BLF GT.

We will buy the MF05 and do a proper review on it. Just like the Lumintop GT90, that is currently on order. The review will definitely show some interesting number in throw and lumens! This might be the next #1 long distance flashlight?

<- Back to flashlight news