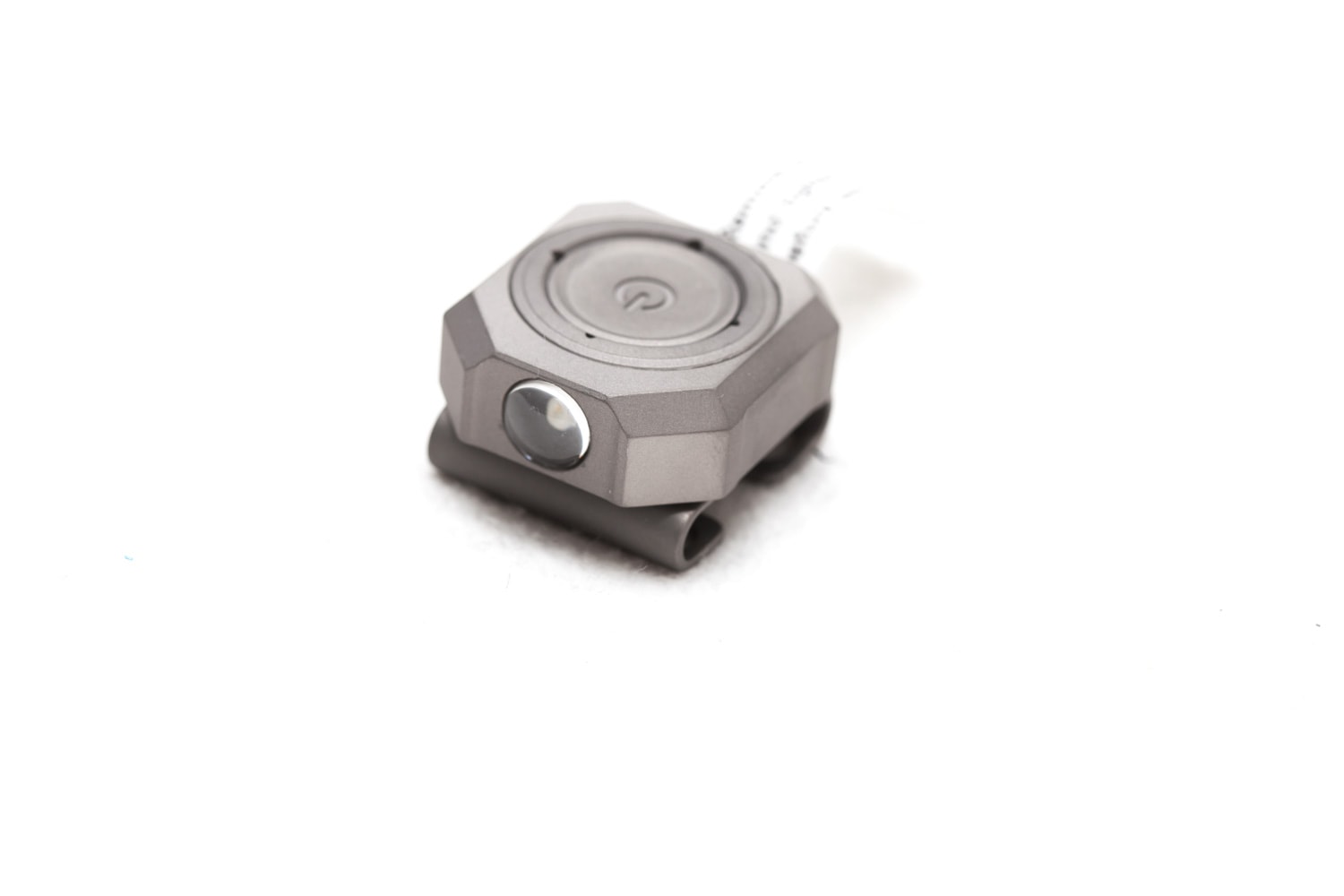 No place to carry your flashlight? No pockets? How about adding a 160 lumen flashlight to your watch? The MecArmy CPL is meant for that! It sports a Cree XP-G2 S4 LED inside its 1 inch sized flashlight. Just clip it to your watchband, and have 160 lumens on hand in no time.

The one I will be reviewing here is the Titanium version, called the MecArmy CPL-T. They have a list of interesting titanium products and flashlights in their online store: shopmecarmy.com

I'm really excited to review this and see how it performs. The CPL belongs into a completely new category: the wrist watch flashlights ..LOL When we look at the specs we should always keep in mind this 1 inch flashlight is powered by 2 lithium coin CR2032 cells. So no 18650 or AA batteries. 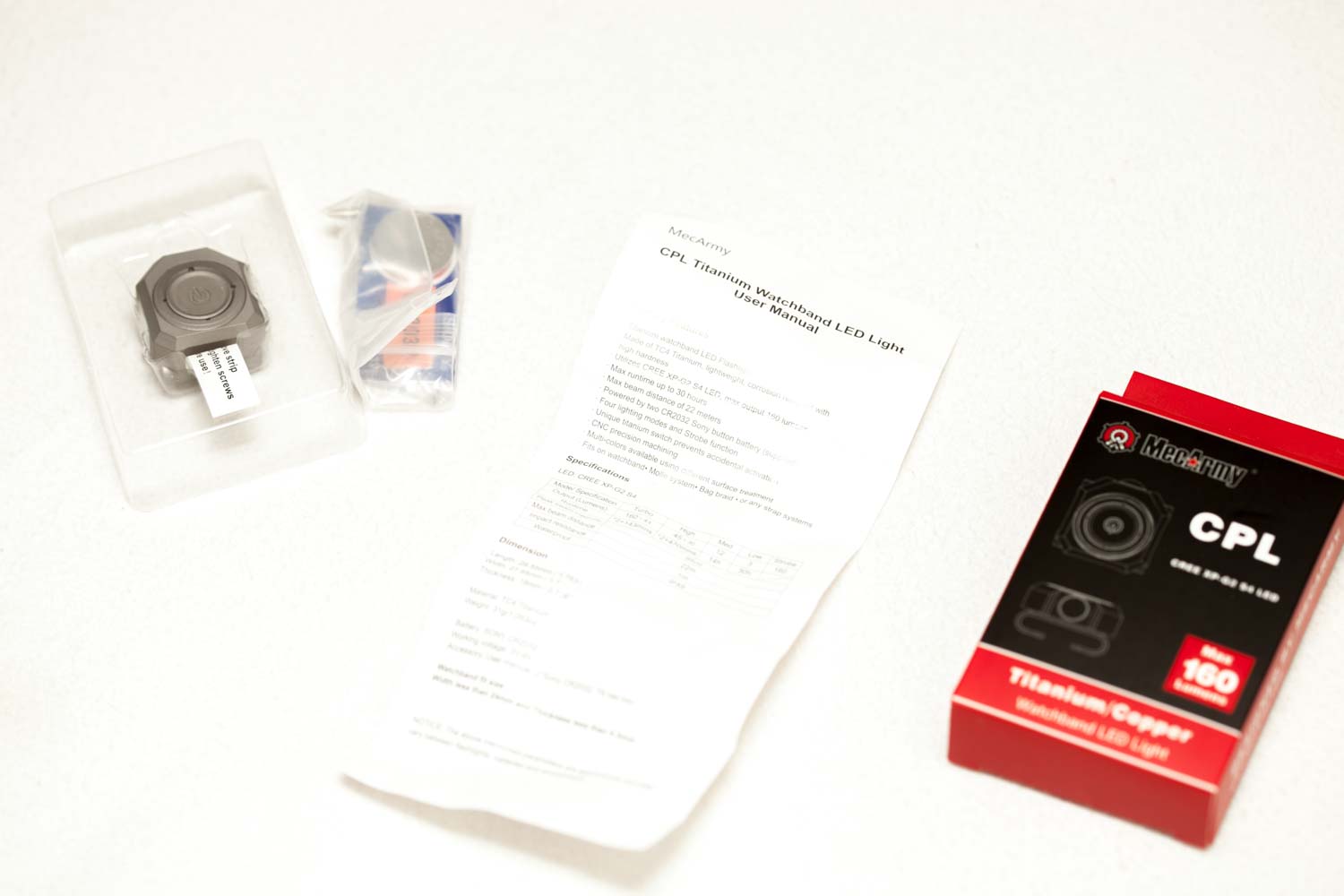 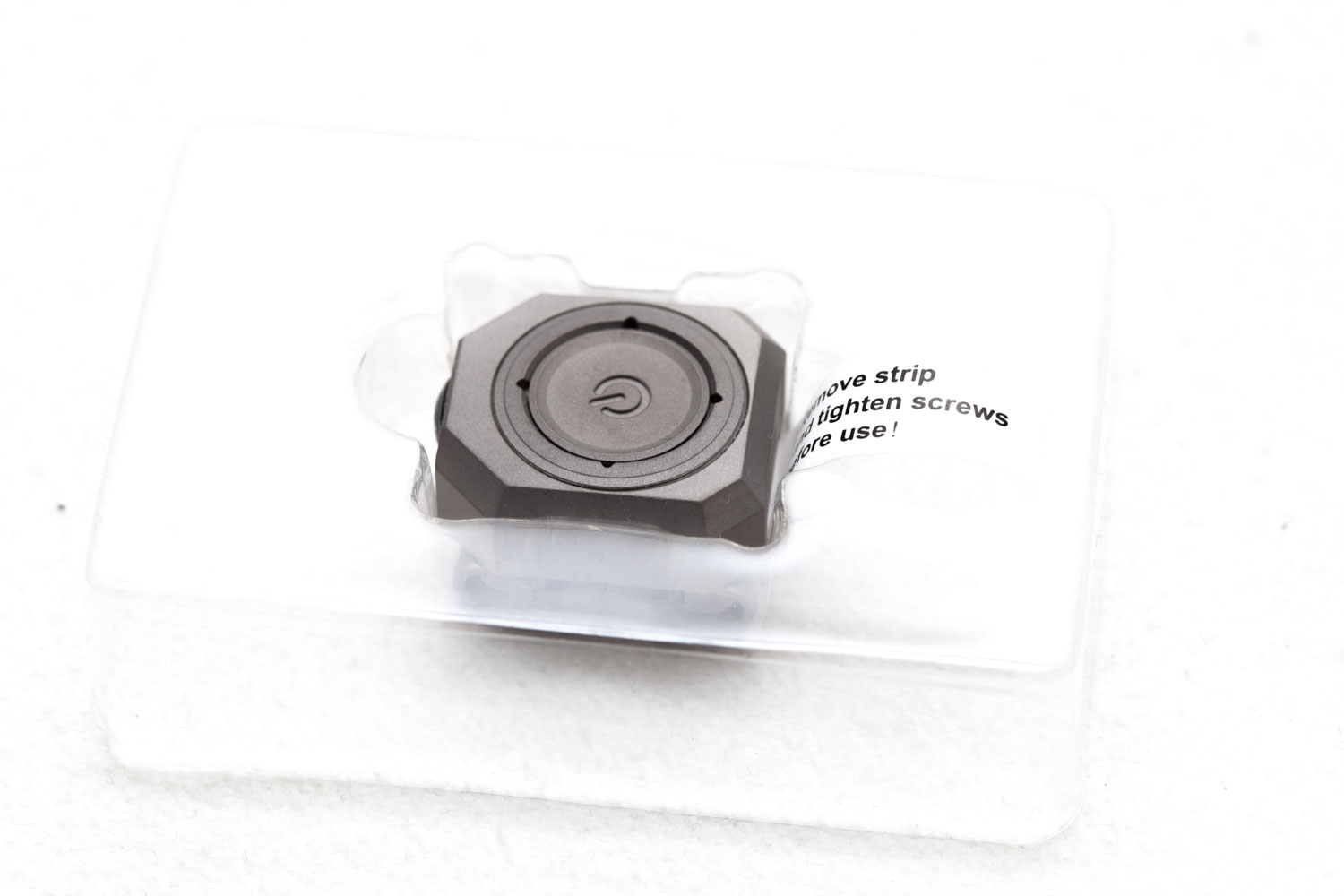 The MecArmy CPL is a one-of-a-kind flashlight. When you search for a Watchband Flashlight, you will end up finding just he MecArmy CPL lights, including the one with the compass. Unfortunately that is also called the CPL-T.
If you don't have wear a wristwatch, you can still clip it to a belt! But you will lose the usefulness of this little light.

Once its on your wristband, you'll totally forget about it.

Note:
The flashlight comes with a little strip. It says to remove it before using. Unfortunately mine got a little stuck and it tore when I pulled it. So I had to open it up by removing the 4 torx screws and remove the leftover piece of paper, manually.

Please make sure it will fit your watch! My wristbands start to get wider towards the watch connection points. I also tried it on my Diesel watch, where it couldn't fit. Please have a look at the dimen 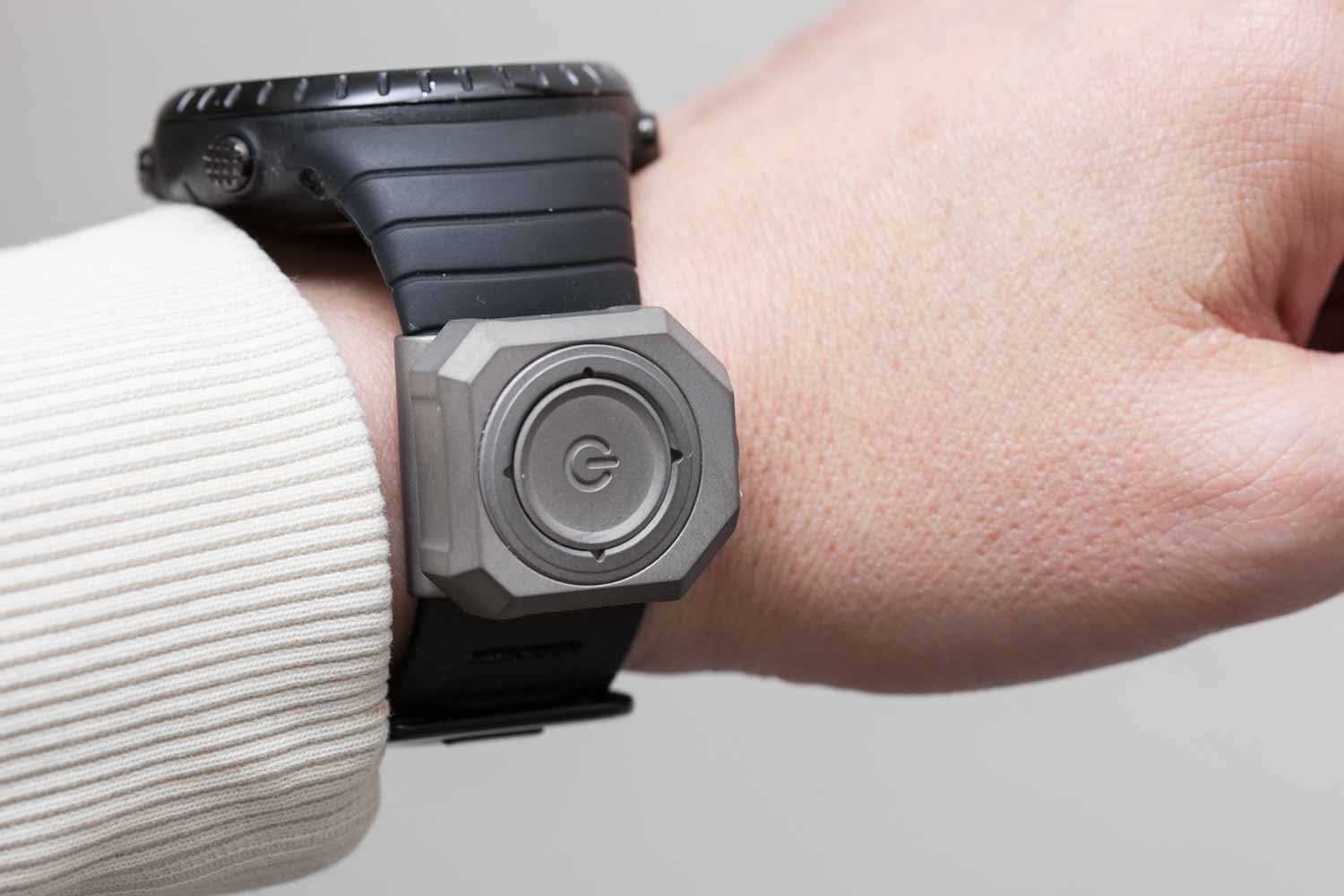 The CPL is made I'm reviewing is made of Titanium. The packaging also mentions a copper version, which I haven't seen any pictures of. The build quality is pretty good, but the switch is pretty stiff. This could be done on purpose so it doesn't activate accidentally. Just keep in mind when you receive the light, that this is the case.

It doesn't have any threads. If you go down to where I talk about the batteries, you can see a few images of the inside.

On the business end of the light you can find a Cree XP-G2 S4 LED that is supposed to push the output up to 160 lumens. Read on to see if the light can actually achieve that!

As you can see in the following pictures, the bottom part can be twisted 90 degrees so it can light up into a different direction. 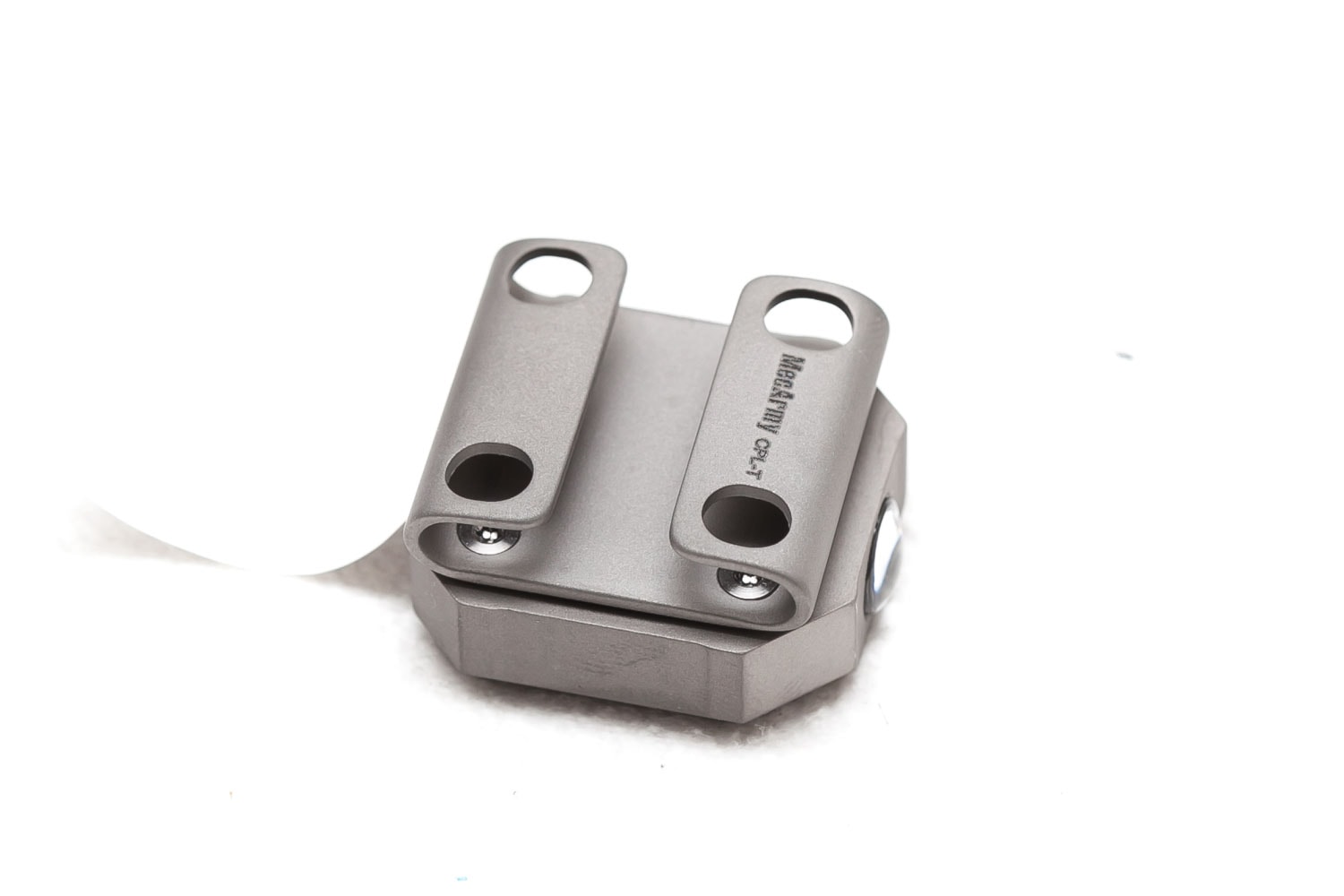 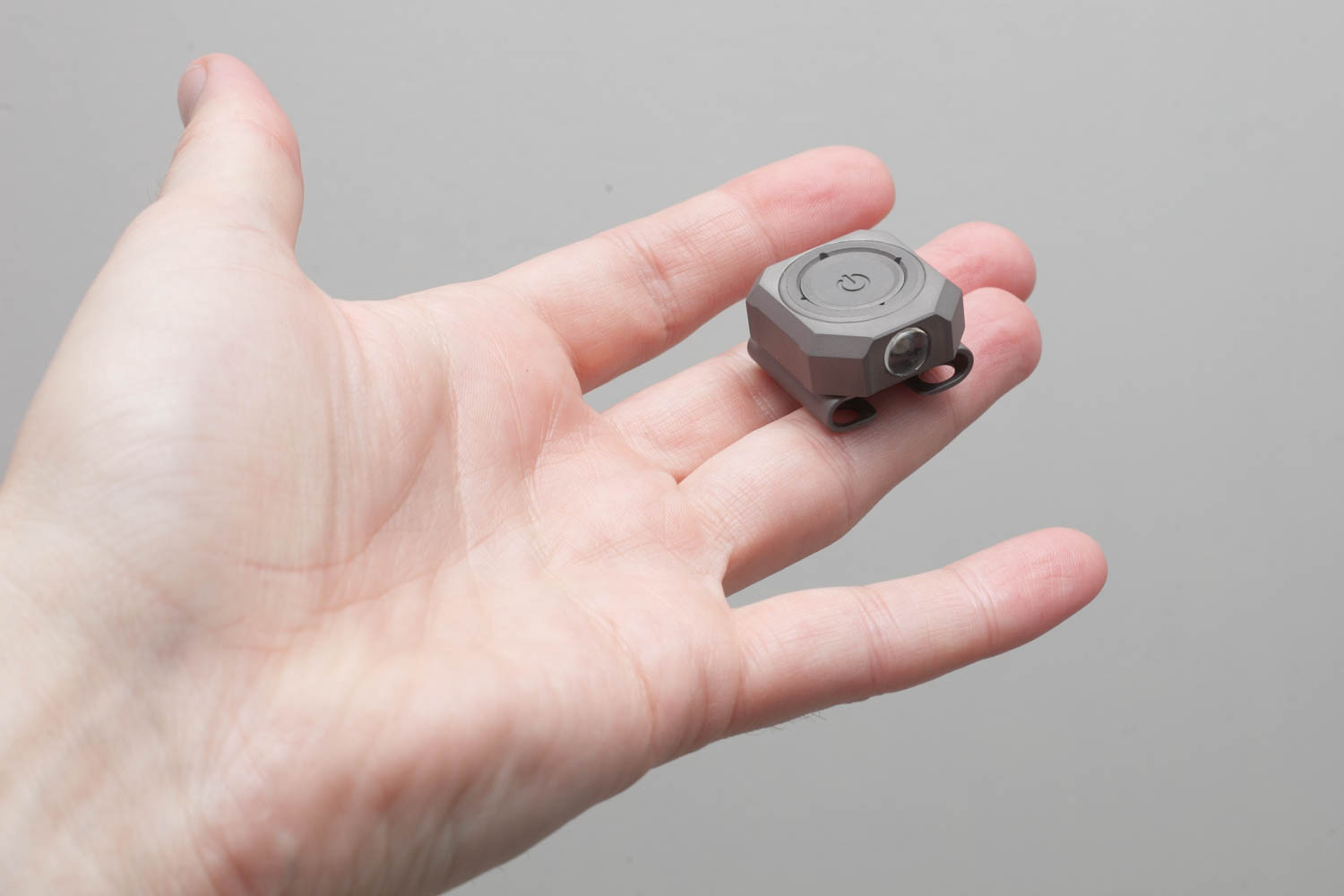 MecArmy made this as small as possible and as bright as possible for the size and therefore chose to use CR2032 batteries. This makes the light low-profile with the following dimensions:

And other dimensions can be seen in the pictures below. 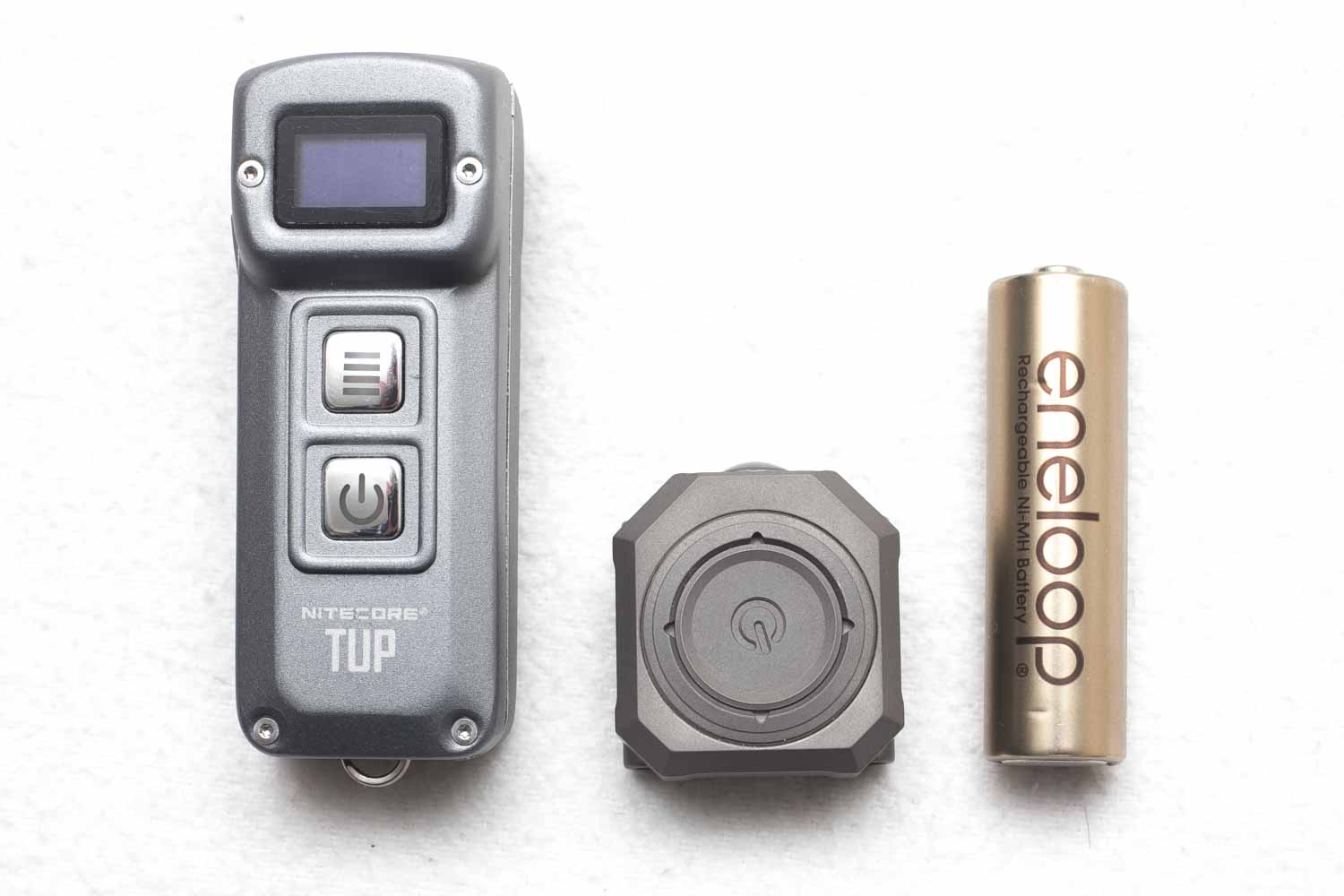 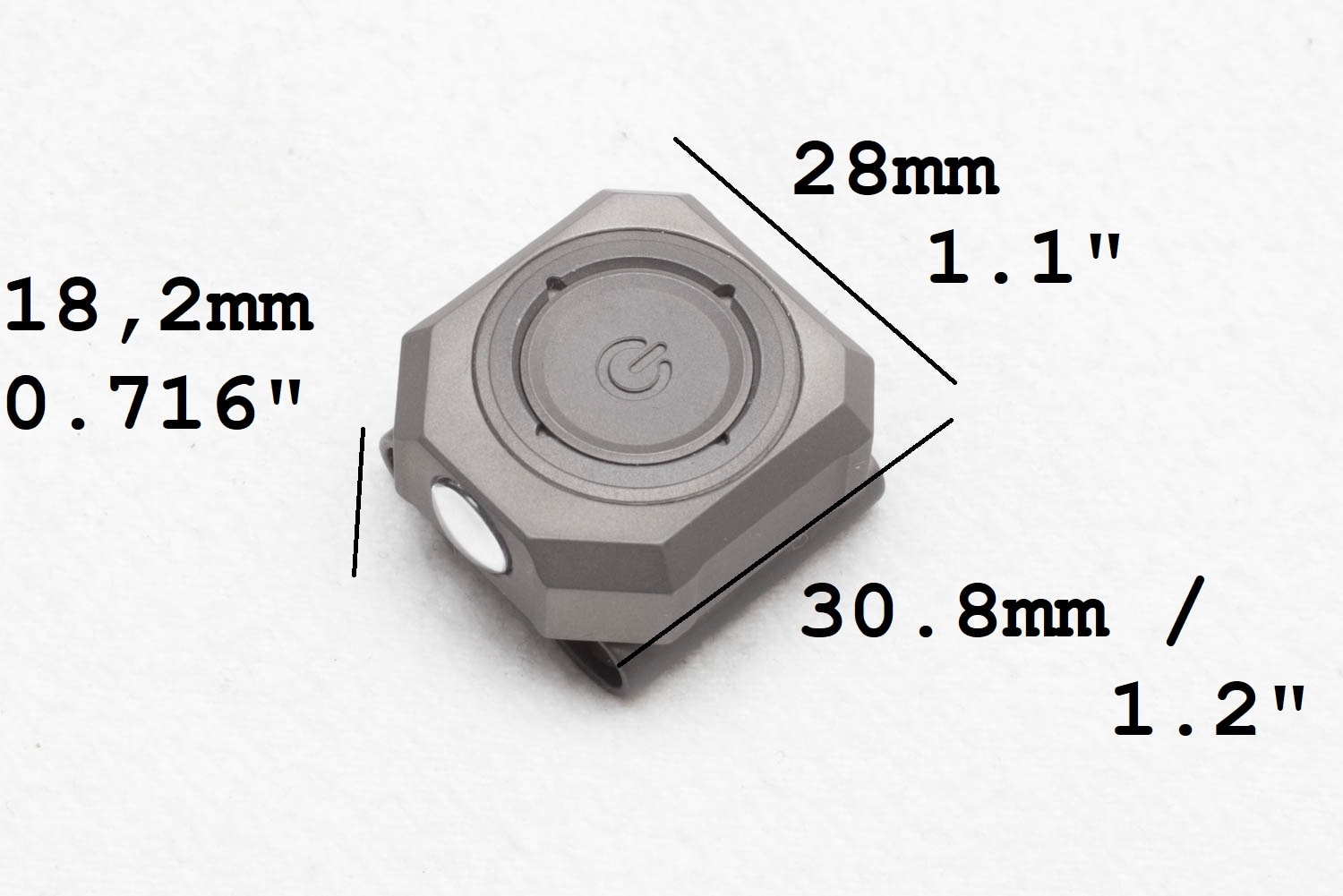 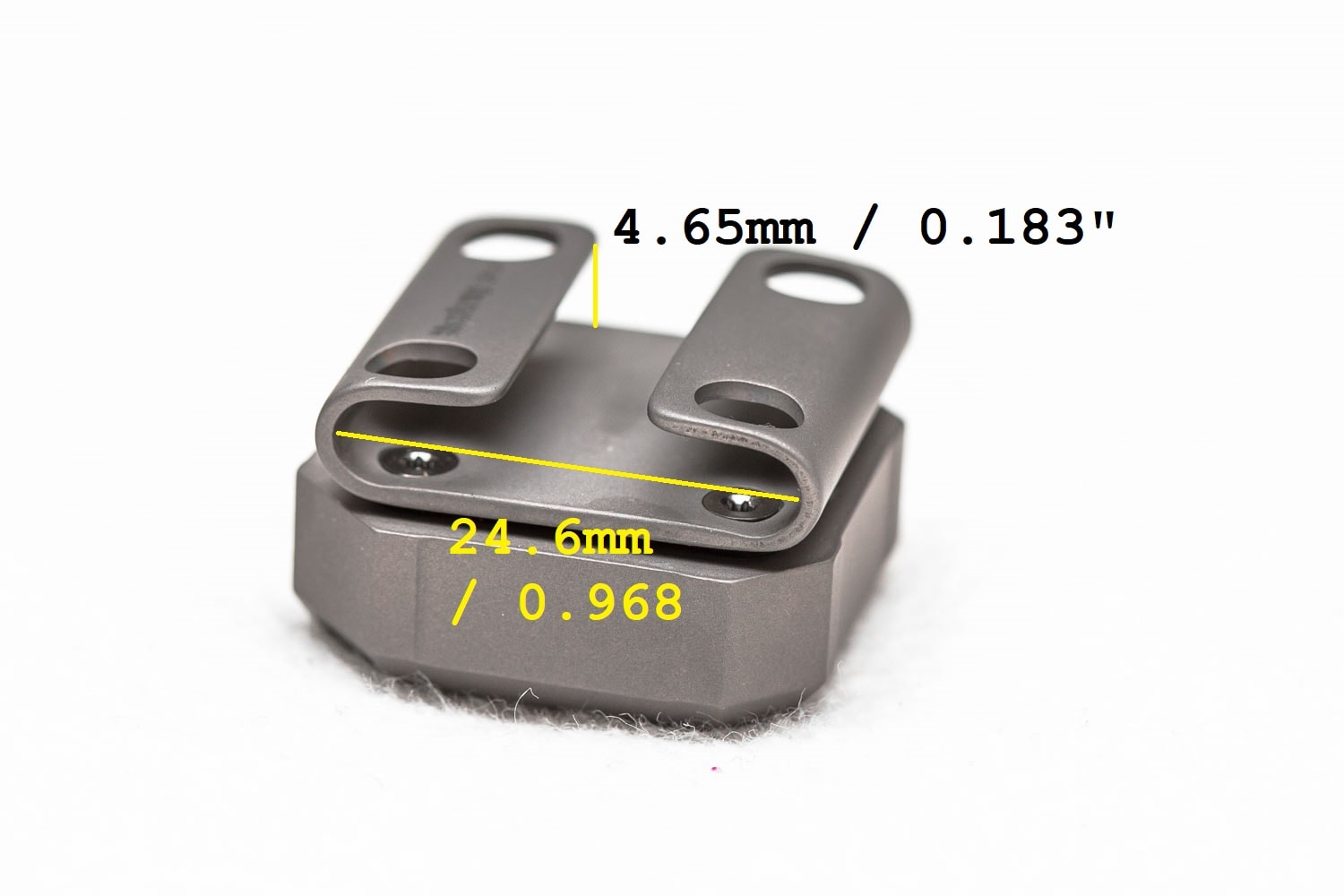 The MecArmy CPL has a few different mode groups. 1 with 3 modes, and 1 with a single mode.
The button is not easy to press, and there is no sound!

Yes, the CPL has a strobe mode, you can either enter it from OFF or from the 3-mode group by simply clicking the switch 3 times.

Since this type of flashlight is so small, there is no way of adding a normal sized cylindrical cell in there. Instead, MecArmy decided to use 2 pieces of CR2032 coin cells.

I will do some runtime test on Turbo to see how long they will last. Fortunately they included an extra pair of batteries just in case.

Please keep in mind that there is a huge variety in quality and capacity amongst CR2032 batteries. So your mileage may vary. 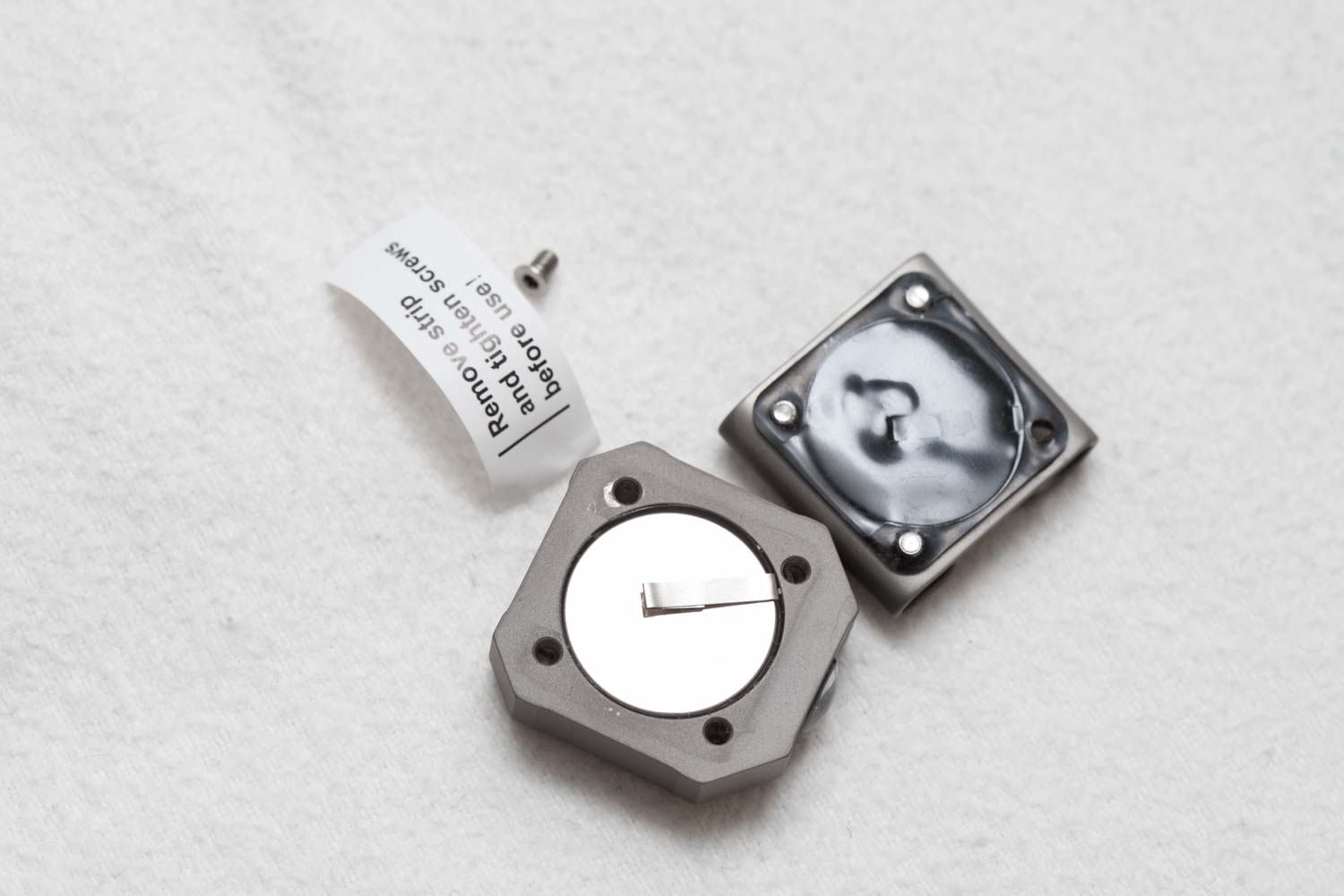 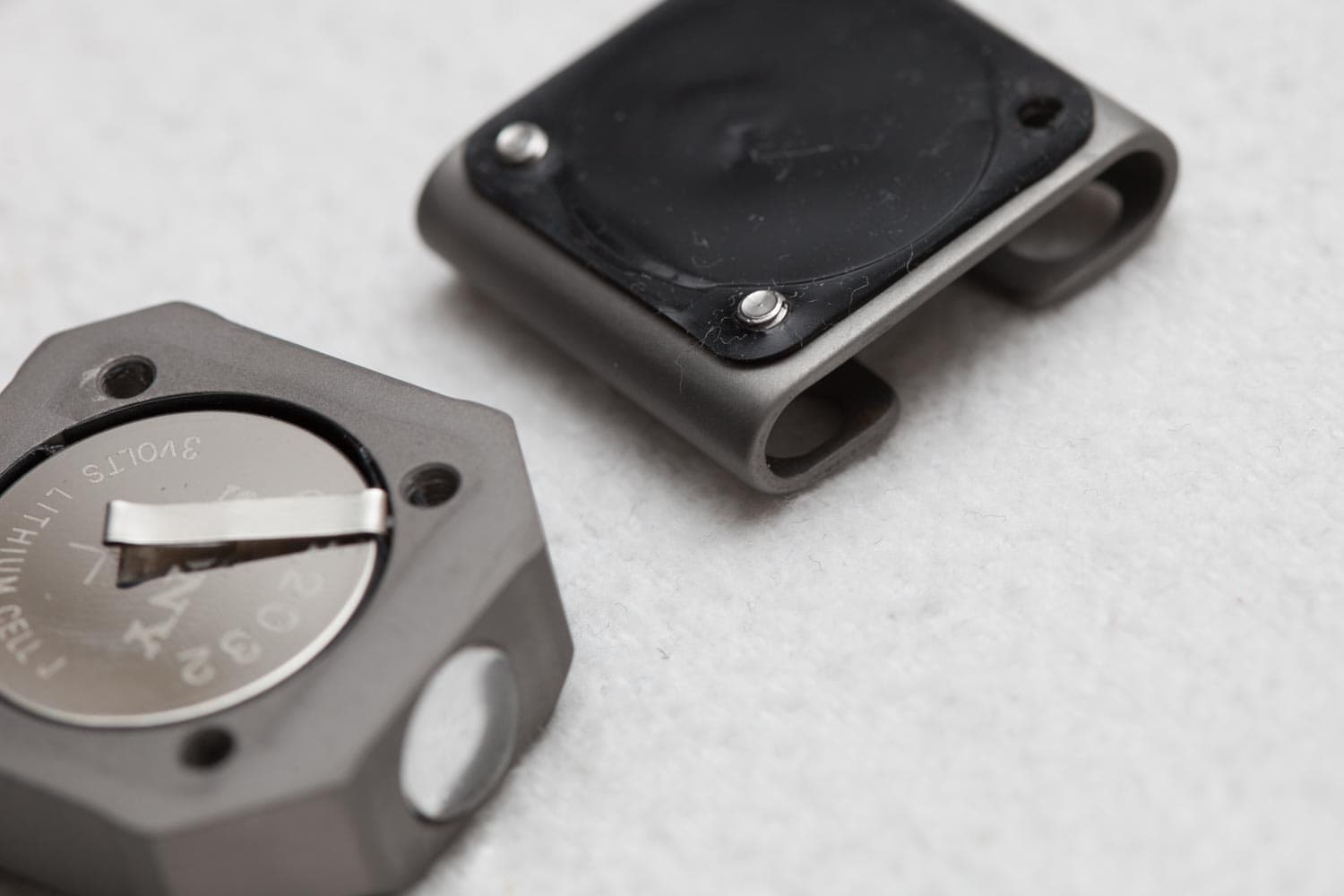 Lumens were measured with the Hagner EX4 Lux Meter and "calibrated" with a Convoy S2+ at 136 lumens.

I had been playing around with the CPL for a bit before I didnt this test.. The max output I could get was 58 lumens.
I inserted the new, unused batteries and got to a maximum of 106 lumens. The output decreased very very quickly.

The CR2032 cells are too weak to maintain this brightness.

Runtime was first measured with the new included cells. When the output dropped, my phone lux app wasn't able to measure anything since I made a wrong setup. So went to a shop and got some generic CR2032 cells to measure runtime.

Because of the quality of the cells the first few minutes the output goes up and down until it balances out at around 25 minutes. And at 39 minutes its extremely stable till it drops to about 5% output after 120 minutes.
The output is 4.2 Lumens at this point.

This behavior is also know with AA flashlights where an alkaline battery can run a light, very dim, for many many hours.

The MeCarmy CPL is basically a mule. It doesn't focus the beam, and therefore has a very low reach. The max I could measure was 85cd, at 1 meter.

Since the CPL has almost no throw, (85cd) I had to do some beamshots on the wall. Left: MecArmy CPL, right: Nitecore TUP 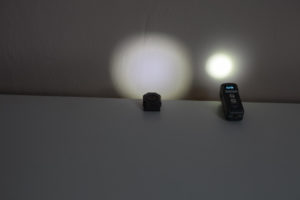 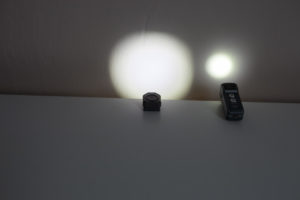 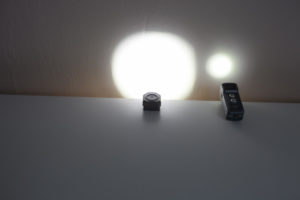 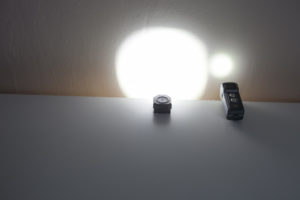 The MecArmy CPL-T is a unique idea that give people the ability to have a light on you at all times, even when wearing swimshorts. Unfortunately the IPX rating are only IPX6, but it would have been nice to add more water proofness.

Where to buy: MecArmy CPL