FireFlies made a big splash on the enthusiast flashlight scene (at least over on BudgetLightForum) back in mid-2018 when they announced their first flashlight, the ROT66. And what a flashlight!  The ROT66 was a 9-emitter soda-can light with HAIII anodizing and a stainless steel bezel, Lexel-designed triple channel driver running Narsil, and tint-snob approved Nichia 219B SW45k LEDs (or XP-L HI if that’s your thing).  What a way to enter the market! Since then, FireFlies (aka FireflyLite) has produced some other outstanding lights. So I am quite excited to see what’s in store with the new FireFlies T9R, their new 21700 based thrower.

The Fireflies T9R arrived in a very handsome box consisting of an outer sleeve with the FireFlies logo on one side, and specifications.  Inside that sleeve was a nice magnetic-closure box with a sturdy custom-cut foam insert.  Nestled inside that packaging was:

Even before the light arrived, it just felt as if the Fireflies T9R would be awkward.  As soon as you see it, you can’t help but notice that the styling is very different from most lights currently on the market.  Primarily, I’m referring to the cone-shape of the head.  It just looks a bit unnatural and I feared that the light would be front-heavy.  Well, in person it is still a bit unusual to look at but I’m happy to say that the handling is much better than I expected.

The T9R has a single switch on the side, an e-switch covered in a polished stainless steel with a hole in the middle that houses a charging indicator.  The switch is a bit… unusual.  It protrudes quite a bit, so you may want to lock out the light while you’re not using it (Anduril2’s auto-lock, anyone?).  But it also has a very short travel distance.  It’s difficult to explain, but it just feels different.  It took some getting used to, but not a deal breaker.

The tail is completely flat and so the T9R can tailstand fairly reliably despite being a bit top-heavy.  A strong, captive pocket clip comes pre-installed between the body tube and the tailcap.  This clip is the only to prevent the flashlight from rolling around if placed on its side.

My T9R sample came in a very nice looking “desert yellow” (sand) HA-III anodizing.  It is very matte and fairly grippy.  The body tube has a large square pattern for additional grip.  The anodizing is very even and good looking, if maybe a bit thin.  There are no apparent blemishes.

The threads on the head-end are somewhat fine, but anodized, pre-lubed, and very smooth.  The threads at the tail-end are wider, square-cut and not anodized, but still smooth.  I’ve heard folks on BudgetLightForum express concerns about the tailcap feeling a bit unclean / non-smooth to take on and off.  Like some others have pointed out, part of that is because of the pressure from the pocket clip.  I feel like the intention is actually to use the front end of the battery tube to remove and install batteries, should you need to do so.

Another thing worth mentioning are the springs.  Both the tailcap and driver springs are made of silver-plated 17530 BeCU and both are factory bypassed.  Overkill?  Maybe, but very nice.

Overall, the quality of the FireFlies T9R feels absolutely great.  Everything just feels solid, clean, and well put together.

Warranty: FireFlies states that they provide a 3-year warranty, excluding batteries which are a consumable.

My sample came with the extremely powerful, yet still throwy, Luminus SBT90.2 LED. Being a 5700K temperature, it’s a bit on the cool side but not too bad for a thrower. The SBT90.2 is a domeless LED from the factory. The LED is nicely centered in a deep, smooth reflector. The reflector is held in place by a matte stainless steel bezel ring. The bezel has very shallow crenulations, just deep enough to let you know if the light is on while it’s face down on a table.

The new FireFlies models, such as the T9R, use Anduril 2. They’re one of the very first to pick up with the new version of Anduril (the other being Emisar/Noctigon, I believe). It has many similarities to the original Anduril UI, but with some key differences. Primarily, “Simple UI” has now replaced Muggle Mode and is the default UI. It is intended to be an easy-to-use UI for the crowd that prefers less-complex UIs. That’s something I can really appreciate.

For users that prefer all of the settings and extra modes, getting into Advanced UI is a 10H away.

If you are interested in the full diagram, have a look here.

The T9R takes 21700 batteries.  It also comes with an adapter for 18650 batteries, but it’s best to use the 21700’s if you have them available (you’ll want the extra capacity). I primarily used a Vapcell T50 battery, which seemed to be a good fit for this light.  I also tried my only protected 21700, a 77.4 mm long Acebeam 5100 mAh cell with built-in USB-C charging. I was able to get it to fit and the T9R to turn on, but I regret it. The extra length caused the driver spring to get mangled and smashed. So… protected batteries in the T9R? You can, but just don’t.

The FireFlies T9R features a USB-C charging port and is rated at a 2 amp charge. I tried it with my 18w USB-PD charger and a Fnirsi FNB38 USB power meter. The USB meter indicated that 1.7 amps were being drawn from the charger. At first I was slightly disappointed to not be getting the full 2 amps, but then I remembered something: a modern, proper USB charging implementation effectively uses a buck regulator whereas our old charging circuits (like the TP4056) used a linear regulator. This is exactly like our LED drivers. So while there was “only” 1.7 amps going through the cable at 5 volts (8.55 watts), the charging circuit was bucking the voltage down and providing the full 2 amps to the battery. Completely charging the Vapcell T50 (a 5000 mAh, 18.0 WH cell) took 2 hours and 55 minutes. The charger drew 21.7 watt-hours for an overall charging efficiency around 83%. Cell voltage at the end of the charge was 4.18 volts.+

Update 1:
After testing the fitment of the long protected cell (77.4 mm), I noticed erratic behavior with the T9R. Upon closer inspection of the driver, when the driver spring compressed against the driver, it crushed the small resistors that form the voltage divider. This makes the flashlight constantly think the battery is dead, making it inoperable. Do not use long protected cells or you risk permanent damage to your flashlight.”

Update 2:
While I couldn’t find anything in the manual indicating this, I noticed a sticker on the accessories bag that indicated you should remove the tail spring in order to use long cells. Using small needle nose pliers, I was able to remove the tail spring and confirm that doing so allows the use of long cells. But with the spring removed, non-protected cells do not fit. I would recommend choosing either protected or non-protected cells and sticking with them.

For current measurements, an ANENG AN8008 multimeter and UNI-T UT210E clamp meter were used. Lux was measured by a UNI-T UT383 BT at 10 meters. Lumens were measured in a homemade lumen tube using a TSL2591 sensor, calibrated with a Maukka calibration light. The temperature was monitored with a MLX90614 IR temperature sensor. Testing was performed using a (frequently recharged) Vapcell T50 21700 cell.

In my Turbo test, the T9R started out at 4900 lumens and began to drop as the cell voltage sagged.  At 80 seconds into the run, the light dropped from FET mode into the 6 amp regulated mode. Over the next 15 minutes, it slowly worked its way down to around 1200 lumens where it stayed until the low voltage protection began stair-stepping the output at 95 minutes into the run. The T9R was still lit at 2 lumens when I terminated the test at 170 minutes.

In the Ceiling (High mode, top of the ramp) test, the FireFlies T9R started at 1992 lumens. At 30 seconds into the run, it was still at 1980 lumens. At 8.5 minutes into the run, temperature regulation began to take effect and the output decreased over the next 20 minutes, settling in at 1122 lumens.  Low voltage protection started kicking in at 102 minutes. I terminated the test at 166 minutes when the output hit 2 lumens.

There’s one thing I should note about the claimed lumen numbers.  I’m not really sure what to say the “claimed” lumens are. The FireFlies website says 5200 lm, and mentions the FL1 standard, but also says the 5200 lumens are the “max lumens.”  Their thread on BLF about the T9R claims 4800 lm. And finally, the actual packaging of the T9R says 5300 lm.  I’m not sure what to make of the 3 different claims besides to say there are a lot of variables that come into play when you’re talking about the output of a powerful FET-driven light. How strong is the battery? How clean are the threads? There are a lot of factors, and 100 lumens here or there really aren’t a lot when you’re talking about a 5000 lumen light.

Disclaimer: This flashlight was sent to me for review at no cost by FireFlies. I have not been paid to review, nor have I been holding back on problems or defects. 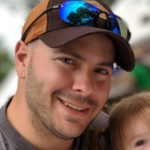 The FireFlies T9R deserves a solid 4.5 stars.  This, like many recent FireFlies lights, is built around a laundry-list of the “must have” features that you see people talk about over at BudgetLightForum: powerful LEDs (like the Luminus SBT90.2), modern driver technology, beryllium-copper bypassed springs, etc.

There are some things you’ll definitely want to keep in mind going into this purchase.  That button is certainly different.  If you’re picky about buttons, give it a close look.  And being an Anduril2 light may sway you one way or another.  The default UI is a 5-level, basic stepped UI going up to 6 amps but hides the powerful FET capability.  To me, that makes Anduril much more usable to people that don’t like super-complex UI’s.  But for the folks that do, the Advanced UI is a 10H (9 clicks + a short hold) away and has all the features you’d expect, even if some of the button sequences are reorganized.  Oh… and the look: it’s different.  The cone shape is kinda cool, but definitely different.

There’s a lot to like about the FireFlies T9R.  It’s a fairly compact super thrower (think hoodie pocket, not pants pocket).  It has lots of great technology like a buck driver and 2-amp USB-C charging.  The Desert Yellow (sand) finish looks awesome.  All in all, I really like the T9R.