Don’t get fooled by Google!
Our mission:
Stop relying on Amazon reviews, top 10 websites, or manufacturer’s specs.
We test flashlights to separate the wheat from the chaff.
We currently reviewed 511 flashlights!

This is a great all-around 18650 light. It’s compact, easily makes 2300+ Lumens, doesn’t get too hot during extended high output runs, and the beam is nice and versatile, with more output than any SST40 or even XP-L2 light in this class.

It’s in the small details that elevate an okay light to a truly great one, and the Thrunite BSS V4 has that. Great handling, nice fit, and finish, for a decent price. As far as 18650 lights go, there aren’t many that do more, better than this one. However, if I could change one thing, I’d put in some kind of visual LVP notification (a blink, blip, something) to supplement the indicator light because the abrupt shut down at the end of the runtime tests was annoying.

There aren’t many, if not any, tactical lights with this battery setup. So in this category, it easily wins :–)

During our testing, we saw that Turbo mode could easily reach the claimed 5,000-lumen output, and after 15 minutes its output was still above 2,000 lumens. It could even sustain a 2,000+ lumen output for the first 1.5 hours, which is an amazing achievement. Especially if you compare this to other flashlights.

Don’t get fooled by looking at just the maximum output, but look at the runtime charts for what they can really do. The TK35UE v2 is a great example of a high-performing tactical flashlight with instant access to strobe and Turbo mode.

When buying from Fenixlighting, make sure to use our exclusive discount coupon to get a whopping 20% off your first purchase. Use the following code: 1lumen20

It’s a definite powerhouse with its 5000-lumen rating, yet despite using a Cree XHP70.2 LED which is normally floody, it maintains a respectable 480 meters while maintaining a fairly svelte figure for such a powerful tactical light.

The L35 kit comes with an Acebeam-branded 5100 mAh 21700 battery and has a built-in USB-C charging port. But if you have some spare unprotected, flat top 21700 batteries around, you are good to go. Flat tops work as well.

If you’re in the market for a fairly compact high-output flashlight, do yourself a favor and check out the Acebeam L35 – this thing is awesome!

Buy at Acebeam.com
Buy at Amazon.com

Like any other high-power flashlight, the Nitecore TM9K Tac produces heat like no other. Turbo mode is only available with Momentary On. This means that Turbo is only available when pressing the switch. Keep this in mind when you look for your next high-power tactical flashlight. Within 10 seconds it drops from 11,500 lumens down below 4,000 lumens.  A USB-C cable is included in the package, but no USB charger. Also, the built-in battery is not user-replaceable.

Nitecore is a big brand and has lots of experience with high-power flashlights, so if you want to have a little more confidence in quality control and warranty, consider this one!

This is a pretty exciting light. Nitecore have been known for making high-quality flashlights for over a decade and their “TM” range has been around for almost as long.

The TM20K is extra special. Not just because of the astounding lumen rating but also because of its size and form factor. It follows in the footsteps of their EC4, which used 2 cells next to each other, which fills the gap between more pocketable single cell lights and much bigger soda can or soup can style lights.

The light is clearly designed for tactical use, using 1 of the main modes the bulk of the time, then occasionally jumping to the blinding 20,000 lumens for a few seconds at a time. Although it’s designed for military, law enforcement, security, etc, there’s nothing stopping you taking it on a gentle walk with your dog at night or leaving it on ultralow for a few hours whilst camping.

The TM20K has a built-in battery pack, so unfortunately that means that Nitecore’s warranty only covers you for 2 years.

What is the brightest military flashlight in 2022?

The brightest military flashlight is the Nitecore TM20K, with a claimed output of 20,000 lumens. It is powered by 2*21700 batteries (built-in), and maintains the output only momentarily.
Please don’t trust what other websites say! They show flashlights that aren’t even ‘Tactical’.

How many lumens should a tactical light have?

A tactical flashlight only needs a few hundred lumens in most cases. If you need the most powerful tactical light possible, have a look at the list above and check out the extensive reviews. The sustained output is probably even more important.

What’s the best tactical flashlight in the world? 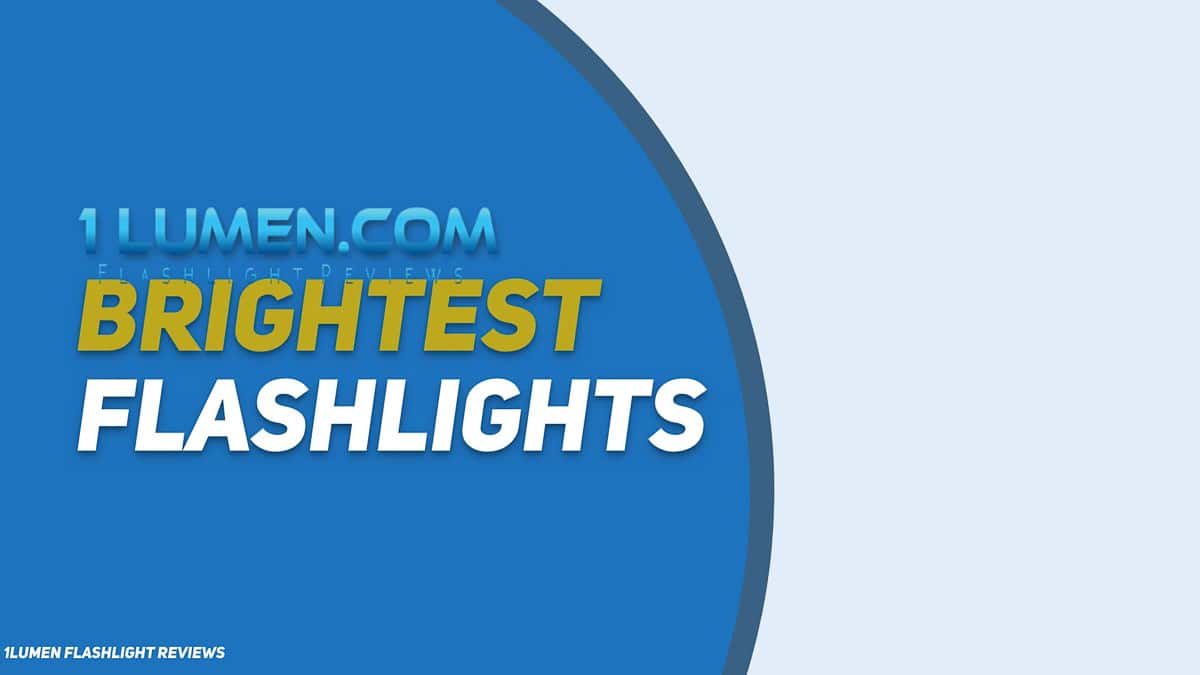 The Best LEP Flashlights we reviewed